Why a Java Development Course could be a Smart Career Move 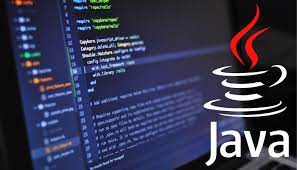 The history of computers is a much longer one than most people might believe. While the earliest efforts began in the late 19th-century, only during the early 1940s two US professors created the first digital computer. Named ENIAC, it occupied an entire 800 square foot room. Since then, solid-state circuitry and high-level programming languages have given us the PS and transformed computing forever. Completing a Java development course could help you become part of that ongoing transformation.

There are, of course, many other programming languages that you could study. However, like the Indonesian coffee from which its name derives, Java is extremely popular with programmers. There are many sound reasons for that popularity, but, for the beginner, one of the main attractions has to be its user-friendliness. Because its syntax is much like plain English, the code is more understandable and the learning curve correspondingly shorter. Typically, a beginner can first learn the core concepts from an introductory Java development course before moving on to the more advanced stuff.

However, it is not only the relatively simple syntax that makes this language such a popular choice. One of its greatest strengths lies in its versatility. Following the release of the first public version in 1996, developers have continued to find new applications for this object-oriented programming language. Thanks to its multi-platform compatibility, the language quickly became a tool of choice among the developers of web applications, smartphone apps to run on the Android operating system and various proprietary software tools. Anyone completing a Java development course today can expect to find even more opportunities to hone their newfound skills within emerging new fields such as big data, robotics, machine learning and the Internet of Things.

Much of the power of Java as a development tool stems from the comprehensive facilities accessible to the programmer via its integrated development environment (IDE). Mastering the IDE is far quicker than learning to use each of its tools individually and reduces development time, increases productivity and will help flatten the learning curve during your java development course.

Computer games first entered the public domain in the ’60s. Within a decade, iconic productions, like Space Invaders and the Super Mario Brothers, began attracting millions of players of all ages and from all walks of life. Due to its rapid and efficient processing capabilities and cross-platform compatibility, Java proved to be the ideal choice when developing games for PCs and mobiles. For those with the requisite knowledge, skills and imagination, the world of gaming offers a lucrative opportunity either as a highly paid employee or self-employed entrepreneur. A suitable Java development course could be your passport to this fascinating world.

Maybe you are a school-leaver contemplating a future in programming. Perhaps you are already employed in the IT sector and wish to extend your skills or are ready for a career change. Either way, your first step should be to obtain an industry-related IT qualification through the geeks4learning accredited training academy. If you wish, you could test the water with one of the short courses and, if you think it’s for you, progress to the basic, intermediate and or advanced Java development courses or even the NQ5-level Full Stack course.